Endodontics is a conservative treatment that aims to save a tooth, when the pulp is dead or damaged.

This procedure is commonly known as “killing the nerve” or “root canal treatment” and consists, broadly speaking, of removing the pulp tissue (nerve) diseased from the tooth, disinfecting and filling the pulp canal with a biocompatible material to achieve a good seal of the same.

Endodontics is the last resort to save a diseased tooth, without the need to extract it, allowing the tooth to retain its function.

Endodontics should be performed when the tooth has suffered irreversible damage with involvement of the pulp tissue or nerve.

Generally, this damage occurs because of a caries that has not been treated in time and it has continued to advance until it reaches the nerve, causing inflammation, degeneration and necrosis of the pulp, which will lead to an infection.

On the other hand, nerve involvement could also be caused by trauma, fractures or other pathologies related to the root or bone that surround the tooth.

If a tooth that requires endodontic treatment is not treated, its prognosis is unfavourable. It will present recurrent infectious processes and the administration of antibiotics alone will not be enough, since it masks the symptoms, but the problem continues to remain in the inside of the tooth. The dental structure will become increasingly fragile and it will finally be so damaged that it will be impossible to save it, leaving as the only option to extract the tooth.

Endodontics, as we have said previously, allows to preserve a diseased tooth and it is a less invasive and safe treatment than a dental extraction.

In addition, as it is performed under local anaesthesia, the patient will not feel any pain during the procedure.

By preserving the tooth, we avoid the problems arising after the loss of a tooth, such as occlusion problems, bone loss, loss of function, aesthetics, etc.

And although it can be replaced by an implant, these cannot compete in functionality or aesthetics with a natural tooth. 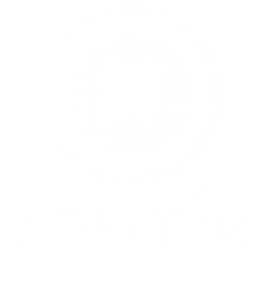 Do you need information?

This website uses cookies to improve your experience while you navigate through the website. Out of these, the cookies that are categorized as necessary are stored on your browser as they are essential for the working of basic functionalities of the website. We also use third-party cookies that help us analyze and understand how you use this website. These cookies will be stored in your browser only with your consent. You also have the option to opt-out of these cookies. But opting out of some of these cookies may affect your browsing experience.
Necessary Always Enabled

Any cookies that may not be particularly necessary for the website to function and is used specifically to collect user personal data via analytics, ads, other embedded contents are termed as non-necessary cookies. It is mandatory to procure user consent prior to running these cookies on your website.